Years ago, there was a cheesy magazine called "True Confessions". People would give the reporters their true life stories of awful things they had done. These days, that's so common that we hardly turn our heads anymore for unmarried women having babies out of wedlock and that sort of thing.

Still, I believe there's a market for that concept. The guy who created "Post Secret" had the right idea. He asked people to write their most embarrassing secret on one side of a postcard and mail it to him. It was a novel way of confessing your innermost secrets without anyone actually knowing it was you. 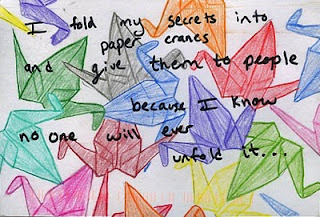 I remember one time when me and 4 other girls from church went out to eat after Saturday night services. We were all sitting around a big table at Applebees eating our salads. We were having a great time laughing and talking, but somehow we got on the topic of secrets. 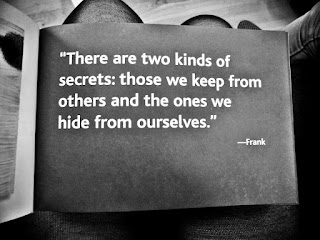 Everyone said they were very open books and had no real deep dark secrets. I told the truth though. I said:
“I was born into a world of Secrets. I’ve held some secrets in my heart for many years.”

I went through all those 12 step and 16 week programs where you get totally healed of addictions and co-dependency etc.

I got a lot of healing there and at other times in my life, but I still don’t see the good in revealing my secrets. All those people are now dead. I’m the last surviving member of my family that I grew up with. I managed – somehow – to outlive them.

My autobiography will be finished this year and published on Amazon. In it, I share my life’s story…the good, the bad, the ugly.  It’s called “The Woman With Two Birthdays” and in it, I share the story of being born into a world where you were NOT wanted. How it feels to be kicked around most of your life. There are too many people like this in our world. 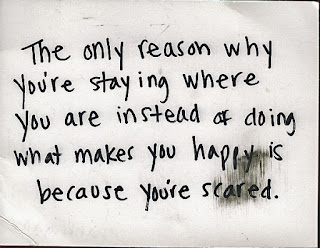 What do you do if no one likes you the way you are? Do you just lay down and die? Or do you kick the shit out of those people and tell them AND LIFE that you ain’t goin' nowhere! You’re here and even though you're not perfect, you’re still a worthwhile human being. Get on board with that or get the hell outta my way!

That’s the thing about life. It either breaks you or it builds you into a real live human being made of flesh.

I’ll end with this: One of my “secrets” is that I’m a loner. I know God wants us humans to interact: hug, kiss, love on each other…we need to interact. But I’ve got such a commitment phobia that it paralyzes me. I can’t get even get a dog or a cat.

I prefer to stay to myself. When you love somebody, you give them power over you. Been there, did that…didn’t work out too well. I thought it all over and decided to grow old alone. Much safer. I am gradually trying to be more outgoing and friendly though. 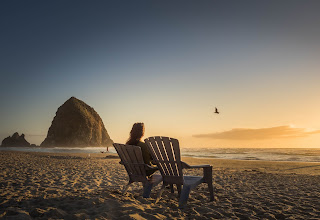 I thought that developing a few friendships might be a good start for me. The thing is, that once you move into your own little web that basically has NO HUMANS in it, you forget how to socially interact.

That has kind of surprised me…my lack of social interaction skills. I feel like a pimply-faced teenager sometimes…awkward, like I don’t know what to say to people or how to act around them. I think I have pretty good “Cover-up” skills though.

I generally play it off so people don’t find out the truth: I just don’t have strong personal interaction skills!!!

That’s my True Confession for the day. What’s yours? 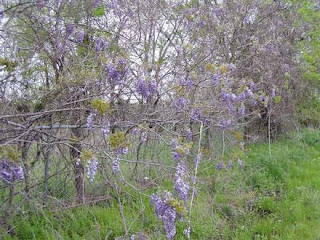 Posted by Passionflower at 7:11 PM No comments: Links to this post