I had only one sister growing up named LaQueta Ann. She was actually my half-sister. My mother married a man named Dalton right before he went off to World War II. When he came back they realized they didn’t love each other and got divorced. Only drawback was a beautiful little girl, 2 years old, with jet black hair. Her father was half Indian and she looked just like him. 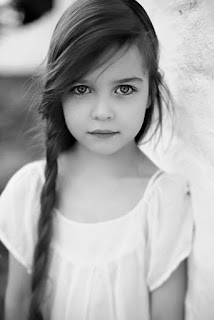 Nobody wanted LaQueta. She got shipped to this aunt and that uncle. She was abused. No one wanted or cared about her. By her teens, she was as wild as the wind. She loved to dance and would sneak me out of the house to go with her to bars when I was only 15. Over the years, she and I remained best friends in spite of hell and high water.

Then she met this man named Raymond. He was a long-haul truck driver…very good looking – life of the party type of guy. They got married after only dating a few months. Then my sister got pregnant and he took a job hauling gasoline in Houston. So they moved there and got a nice place and their lives were just amazing.

In all those years, I had never seen MyQueta so happy. She finally had her own home, a loving husband and a baby girl on the way. Finally, all the angst, abuse, neglect, and anger was gone and she was just a regular happily married woman. No one deserved happiness more than her. She was the type of person you could call anytime day or night and she would come help you out of whatever jam you were in. She always had some great plan to fix everything.

Then in 1969, Raymond was driving his tanker full of gasoline on a freeway in Houston. It was rush hour and Houston highways are famous for traffic jams and accidents. It’s one of the worst cities in America for drivers. Maybe he was driving a little too fast. After all, he had a beautiful wife and baby to get home to. 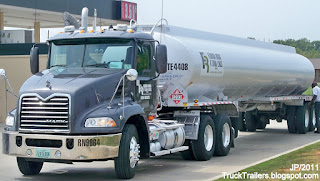 He came barreling down Katy Freeway right into a big traffic accident with cars already sideways in the road and off in ditches. He slammed on the brakes of the big truck as hard as he could and the trailer jackknifed and exploded. The whole area went up in flames. It was suddenly a horrific traffic jam that would kill Raymond instantly. The fire burned for six hours. It was later that night before the fire department was able to put out all the flames. The highway was shut down for several days. People in Houston hate that sort of thing. 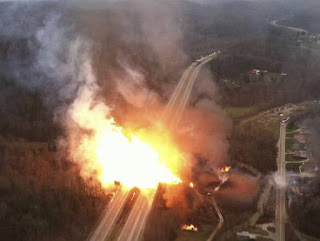 My sister was in Dallas at the time visiting me and our mom. When she heard the news, she collapsed. They called me at work and said, “Come home quickly. Something terrible has happened!”

In my lifetime, I’ve lost beloved grandparents, parents, siblings, favorite aunts, both my brothers. But this loss was different. My sister and I were so close that I could FEEL the horrifying anguish in her soul. I could sense her devastation. It was all-encompassing. It was the most awful feeling you can ever experience. There was no cure for it. There was nothing anyone could do to make things better or take away even a sliver of the pain my sister was feeling.

All I could do was kneel beside her as she knelt beside her bed praying and crying. I put my arm around her and held her and prayed with her. We knelt there crying and praying for a while as family members watched with tears streaming down their faces. Everyone wanted to say or do something to make her suffering go away but no one could…not even God.

We somehow put together a funeral, though there was nothing left of Raymond to bury…nothing but ashes. Then after the funeral, there was the terrible act of having to return to life. How do you return to normal after an event like this? 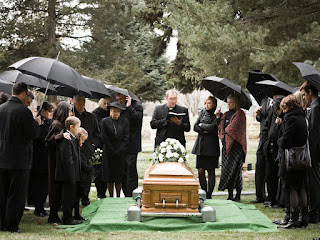 My family stayed close and in touch during the next few years. LaQueta spent a few years putting together photo albums for every family member. Then she started having jewelry made for mother and me and others. She tried to stay busy so her mind wouldn’t have time to think about what had happened.

She was still so depressed, so she went to the doctor. The doctor gave her valium and sleeping pills. At first, this seemed to help but then before anyone realized it, she was taking way too many pills each day. She had found a way to stop thinking about Raymond…just take several valium, several sleeping pills or whatever pills the doctor dished out. These pills made her oblivious to everything.
Within a couple of years, she was addicted to most of them. She’d go to a psychiatrist and get pills from him, then go to her regular doctor and get pills from him and then go to some specialist and get pills from him.

During the next few years, she would overdose on valium, pain pills or sleeping pills about once a month. I hated getting those phone calls—“Come quickly! LaQueta has overdosed again. She’s at so-and-so hospital.”

We’d sit with her for a few days and finally she would be released and go home. We’d try to spend more time with her. We encouraged her to take up a hobby. For a while she wrote greeting cards. She seemed to like doing that. She was good at making up those sappy sayings for all types of greeting cards. But she quickly grew tired of that. It wasn’t enough to keep her from thinking about what had happened to her beloved Raymond. 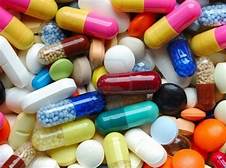 Nothing was enough. Then on a cold February morning in 1978, she finally ended her sad, miserable life. I could never explain to anyone how overwhelming this was to me. She had always been my idol. I loved her more than anyone on the face of the earth. She was the ONLY person who really knew me but still loved me.

I wept and wept…We had to plan another funeral. She was laid to rest next her husband and a beautiful headstone was placed there that said how Raymond and LaQueta would now be together for eternity. I didn’t know whether that was true or not. I just knew that I’d lost the one person I could always rely on, the one person who would love me no matter what. It was the most devastating loss of my lifetime and took years to recover from.

Finally, I had to go on with my life. I had already seen the terrible things that can happen if you let yourself get stuck at some horrific life-event and refuse to move forward. I moved reluctantly though. I missed her every day for years.

Her little girl went to live with my sister’s father in Houston. He was pretty devastated too. After all, he had lots of guilt over NOT being a decent father to his daughter when she was growing up. So now he wanted to raise LaQueta’s child to make up for all those bad years.
But he and his new wife were terrible parents. They were way too lenient and the grandmother was a religious freak, so she was always telling people they were going to hell if they didn’t do what she wanted them to do.

I felt sick about my niece growing up in such a place with people like that. But this is what my sister had written in her will and my husband and I did not have the money to get a lawyer, go to court and try to get custody of the little girl. Still, I tried to be there to help out as much as possible. I’d suggest vacations and invite them to Dallas to stay with us. I was trying to create as many good positive memories for this child as possible. I wanted her to grow up normal and have a great life…not some horrible existence where you have to take drugs each day just to deal with your pain.

In spite of all my prayers and efforts though, the little girl grew up rebellious and angry. Her parents had been stolen from her at a young age. She was raised by clueless older folks who were completely out of touch with reality and her needs.

It has been a long, harsh journey for us all but the little girl is grown now and she is following in her mother’s footsteps. She makes all the wrong choices, then blames everyone else for her mistakes. She is an alcoholic and drug addict. She hangs out with dangerous people and always carries 2 guns and a knife. I shudder to think of the places she’s been and the crimes she’s committed. 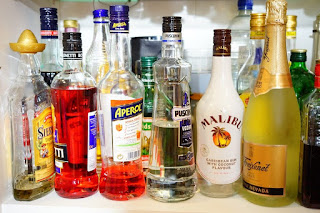 In spite of all this, I’ve always stayed in her life. I’ve always loved her, forgiven her and prayed for her. But she’s become so toxic that I’m not sure how much longer I can do this. She loses control sometimes and says and does terrible things. She got angry at her husband and slashed all 4 tires on his truck, then carved a filthy phrase in the tailgate of his truck with her knife.

I feel like she is one of those people who could lose it completely, walk into a busy place and shoot several dozen people before anyone realized what was happening. But what do you do about that? Who do you tell? How do you stop a thing like that from happening? 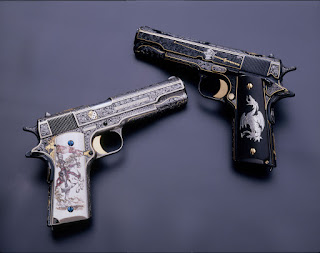 I feel so sad for her. I’ve tried so many times to get her to stop her crazy behavior and get back in church. I tell her that God will heal her and help her if she will just let him. She laughs at me and thinks I’m a fool.

I don’t see a happy ending for this story. And I have to say that many of my own personal stories did not have happy endings. Most days, I go outside and take a deep breath of the air. I let the wind blow across my face. I whisper to God, “I’m still here. I’m still alive. I made it one more day.” 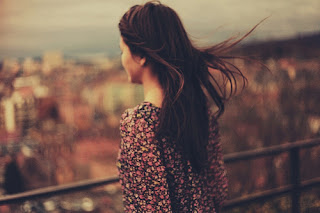 He and I both seem surprised that I’m still here, but perhaps God has a few more challenges, a few more experiences for me. Perhaps my prayers will eventually help my niece to give up her insanity and dysfunction and try to build a good, wholesome life she can be proud of. I don’t know anymore though. I don’t have any answers and life stopped making sense for me in the year 2000.
Posted by Passionflower at 3:51 PM No comments: